When I knew that I was going to write a book about the Duke of Kent I sent Charles Pachter (Don Rouge-Humber’s much celebrated “Cézanne of contemporary pop art in Canada”) a photograph of Simon Weaver’s 1796 portrait of Prince Edward that now hangs in the Legislative Library of Nova Scotia. A historian himself, Pachter began work on a piece that would commemorate the historic 1792 Royal Tour of Upper Canada. Within a few weeks I started receiving pictures from Charles as he crafted his painting which depicted the meeting of Upper Canada’s first Lieutenant Governor John Graves Simcoe and Prince Edward Augustus at Newark, now Niagara-on-the Lake.

The painting depicts Simcoe (at left) greeting the Prince (centre) while a member of the Queen’s Rangers (Simcoe’s regiment) looks on. The waters of Lake Ontario form the dramatic backdrop of this classic work by Pachter.

During the recent visit of His Royal Highness Prince Philip to Toronto (April 27th, 2013), Lieutenant Governor Onley showed his royal guest the piece. Fascinated by the painting, Prince Philip was interested to learn about the history it commemorated. Prince Edward Augustus is the great-great-great grandfather of Philip’s wife, Queen Elizabeth II.

Just as Pachter’s “Love Pat 2006” an affectionate portrayal of Her Majesty petting a moose, has become synonymous with my book Canada’s Constitutional Monarchy, his work “The Meeting of Lt. Governor Simcoe and HRH Prince Edward, 1792” completes Prince Edward, Duke of Kent: Father of the Canadian Crown.

Learn more about Charles Pachter and his work at www.cpachter.com 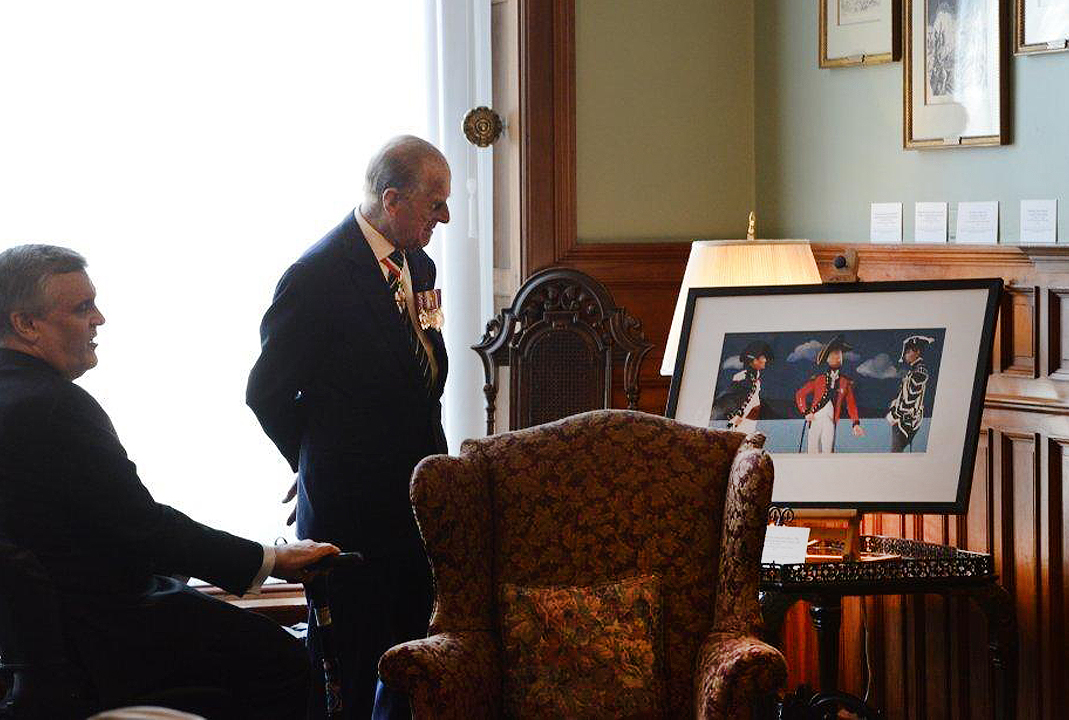