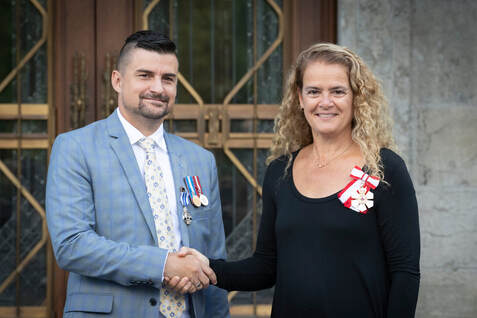 Nathan has authored six books, chapters, and many articles exploring the Crown in Canada, including its relationships with Indigenous Peoples, as well as Canadian identity and local history. One of his most important works, The Queen at the Council Fire: The Treaty of Niagara, Reconciliation and the Dignified Crown in Canada, was launched by the Canadian Museum for Human Rights. Nathan has been published in The Globe and Mail, Toronto Star, Maclean's Magazine, The Public Policy & Governance Review and appeared on a number of television and radio programs.

Nathan has been involved with a number of Boards and committees including the Flamborough Heritage Society, Ontario Heritage Trust (2015-2021, Chair of the Heritage Programs Committee 2017-2021) and the Institute for the Study of the Crown in Canada (2005-present, 1st vice president).  His committee work includes the Magna Carta Canada Education Committee (2015), the Flamborough Grant of Arms Committee (2009-2011), the National Advisory Council of the Princes Charities Canada/Princes Trust Canada, and the Chapel Royal Committee at Massey College (2015 – present).

Nathan Tidridge has dedicated himself to promoting the role of the Crown in our country’s history.
​Through his work, he has taught a new generation of students about Canadian politics, our constitutional monarchy and civics.
He has also deepened our understanding of the complex relationship between Indigenous peoples and the Crown,
thereby bringing attention to the important issue of reconciliation.

From 2010-2013 Nathan lobbied the Ontario Ministry of Education to correct serious errors in the curricula surrounding the province's approach to Civics. His article, entitled Why Ontario shouldn’t ditch high school civics classes, published in Maclean's Magazine, contributed to the government's decision to retain the course. He was presented the 2013 Canadian Royal Heritage Award in recognition of his efforts.

​As an educator, Nathan has been awarded the Premier’s Award for Teaching Excellence (2008 Teacher of the Year), the Charles Baillie Award for Excellence in Secondary School Teaching (2011), the Sharon Enkin Award for Excellence in Holocaust Education (2014), Flamborough-Glanbrook Nation Builder's Award (2017), OHASSTA Alan Skeoch Teaching Award (2018), the Mississaugas of the Credit Historical Gathering Award (2020) and the Governor General's History Award for Excellence in Teaching (2020).
​​In 2015, the Rt. Hon. Stephen Harper presented Nathan with one of fifty specially created flags in recognition of his “tremendous contributions to our great country.” The United Empire Loyalist Association of Canada highlighted his work by making Nathan their first Honorary Fellow in 2018.
For his efforts education Canadians about their democracy, including Crown-Indigenous Treaty relationships, Nathan has been the recipient of the Queen’s Golden Jubilee Medal, Diamond Jubilee Medal (presented by HRH Prince of Wales) and the Meritorious Service Medal (Civil Division).

​Nathan lives in Waterdown, Ontario, with his wife Christine and daughters Sophie, Elyse and Maya. He is known locally as “Waterdown's flag aficionado.”

Writing about the Crown and Indigenous Issues

Letter to the Editor "It's a Canadian Monarchy, not UK" -  Hamilton Spectator, 2009

Op Ed piece on the role of the Crown in Canada - Hamilton Spectator, July 2010

This Jubilee day is also a sad anniversary: George VI was a good king and important to Canada - Hamilton Spectator, Feb 6th, 2012

The Royal and Viceregal Fort at York - Fife and Drum (The Newsletter of The Friends of Fort York and Garrison Common), Oct 2013

Once a weapon, education is now key to reconciliation - Op-Ed for CBC Aboriginal, June 7th, 2015

The key role of The Queen and her representatives in Reconciliation - The Public Policy & Governance Review, University of Toronto - March 19th, 2016

Why It's Time to Define the Crown's Role With First Nations - Maclean's Magazine, June 21st, 2016