Chapter Five, "Decolonizing the Crown in Canada: Restoring the Queen at the Council Fire," written by Nathan Tidridge 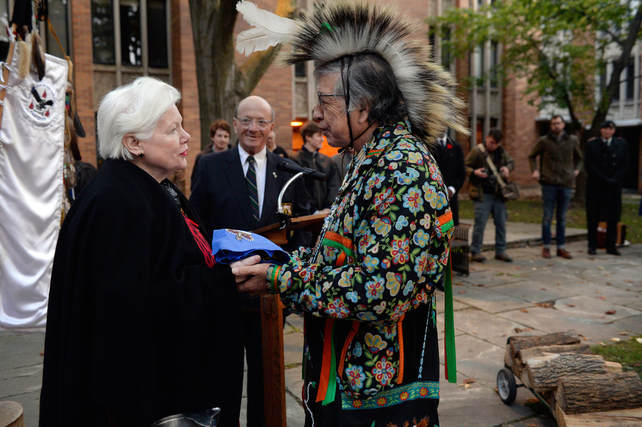 Hugh Segal, Principal of Massey College watches as sacred tobacco, the first gift from the Dignified Crown to the Chapel Royal at Massey College, Toronto, was presented by Lieutenant Governor Elizabeth Dowdeswell to Elder Garry Sault of the Mississaugas of the New Credit for a Sacred Fire lit on October 27th, 2017.
​An integral part of Canada’s political culture, the constitutional monarchy has evolved over the 150 years since Confederation to become a uniquely Canadian institution.

Canada inherited the constitutional monarchy from Britain even before Confederation in 1867. In the 150 years since then, the Crown has shaped, and been shaped by, Canada’s achievement of independence, its robust federalism, and the influence of Quebec and of the Indigenous peoples.

What has this “Canadian Crown” contributed to the Canada of the twenty-first century? How is this historic yet resilient institution perceived today? The essays in this book respond to these questions from a variety of perspectives, encompassing the arts, the role of the vice-regal representatives, the relationship between Indigenous peoples and the Crown, and the contemporary position of the monarch. In discussing whether there is a distinctly Canadian monarchy, the authors look beyond Canada’s borders, too, and explore how Canada’s development has influenced other Commonwealth realms.

Nathan Tidridge's chapter builds on the ideas presented in his 2015 book, "The Queen at the Council Fire: The Treaty of Niagara, Reconciliation and the Dignified Crown in Canada," by exploring efforts by the Queen and her representatives (specifically British Columbia, Saskatchewan, Ontario, New Brunswick and Nova Scotia) in rekindling the original relationships intended by the Treaties. Specific examples are given, including the new Chapel Royal established by Queen Elizabeth II at Toronto's Massey College in 2017. 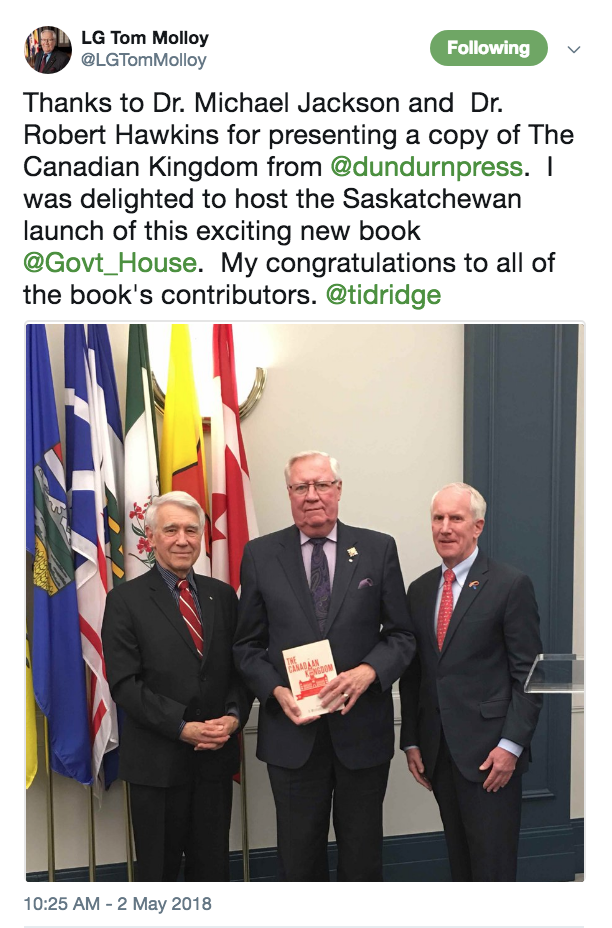